Towards a global system for assessing, monitoring and reporting on biological invasions

Invasive alien species of animals, fungi and plants cost the taxpayer billions each year. These species are second only to habitat transformation in documented severity of impacts on biodiversity. Species movements beyond their historic distributions will continue, driven largely by increased volumes of trade and increasingly complex trade routes.

There is currently no system in place for the systematic evaluation and monitoring of invasive alien species. To improve knowledge and information in this field, Melodie McGeoch (Monash University, Australia) and Piero Genovesi (IUCN Invasive Species Specialist Group) organised a workshop in close collaboration with GEO BON and iDiv. The workshop took place from 2nd to 4th March 2015 in Leipzig, Germany.

The workshop had three main aims: First, to identify and agree on a minimum set of Essential Biodiversity Variables to form the basis of a global observation system for biological invasions. Second, to develop guidelines for national schemes to support impact classification and Aichi Target 9 of the Strategic Plan for Biodiversity (2011-2020). Third, to progress implementation of the IUCN alien impact classification scheme.

During the workshop, the experts worked out a first set of variables to define a minimum information set to capture the major dimensions of biological invasion as a driver of biodiversity change. There was a strong focus not only on the spread and impacts of alien invasive species but also on monitoring the pathways of invasion.The outcomes from this meeting will support not only national governments but also the Convention of Biological Diversity (CBD) and the regional assessments of the Intergovernmental Science-Policy Platform on Biodiversity and Ecosystem Services (IPBES).

This workshop is part of the GEO BON and Monash University funded project Black Listing Invasive Species for Monitoring and Reporting. 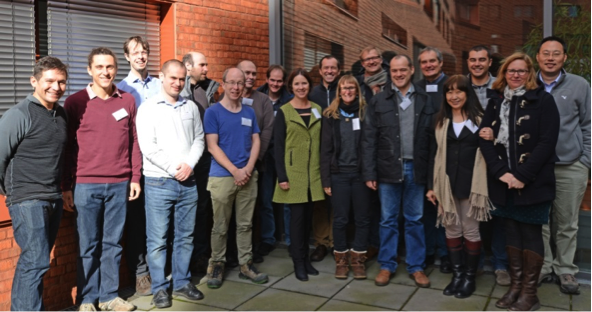