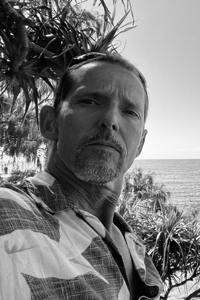 After completing his BSc (University of Adelaide, 2000) Dave spent over a decade as an applied ecologist working in a state government agency, with the task of quantifying the environmental water requirements of aquatic ecosystems. He then returned to academic research, completing a Masters in 2016 (University of Adelaide, supervised by Prof. Corey Bradshaw) and a PhD in 2020 (University of Alberta, supervised by Prof. Fangliang He). This mixed applied/academic background has burdened Dave with a broad set of research interests, but with modelling of biodiversity a core theme and strict metacommunities (discrete patchy habitats, like wetlands, islands or forest fragments) a primary study system.

During his MSc and PhD, Dave used a range of methods to investigate the effects of habitat subdivision and patch size on emergent patterns of diversity. Among the major contributions from this work was a new method to predict the geometric effects of subdivision based on spatial sampling theory. A general, though unexpected, conclusion of his thesis research was that habitat subdivision appears likely to impact common species more heavily than rare species.

Just such a disproportionate impact of global change on common species is consistent with emerging understanding. However, while lower impacts on rare species might at first sound positive for biodiversity, the implications are rather disquieting. Not only are common species typically ignored in conservation decision making, but they also tend to be the ones that do all the heavy lifting in maintaining ecosystem function. It is as yet unknown what implications their disproportionate loss will have for the ecosystem services on which humans depend. Dave’s role in the lab is to advance our understanding of how biodiversity turnover differs for species that are common from those that are rare and how this, in turn, will affect the diversity of ecosystem functions.